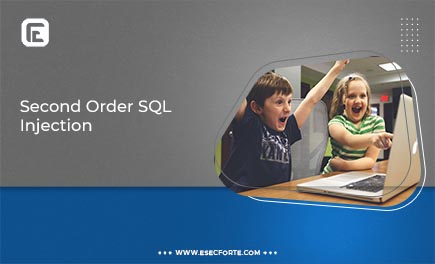 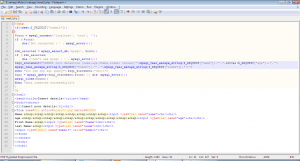 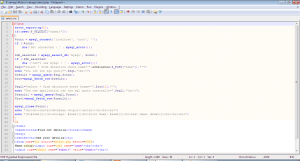 Lets do a basic walk through of the applications. First using insert2.php, our details are inserted as shown:- 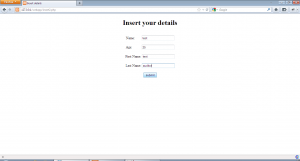 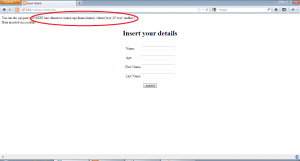 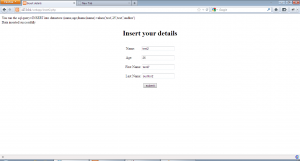 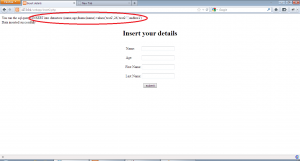 As we can see from the second pair of examples, this application escapes any single quotes while inserting data into the database. Now, lets use select.php to get the inserted data. 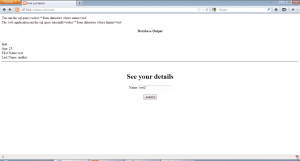 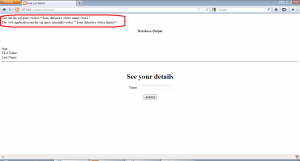 This application also escapes the user input as shown, queries the database using that value. The fname value we get from the first query is used to run another query to get all the data about a user. We can see from select.php code that the second query does not escapes the fname value returned from the database and uses that value directly to get all data. This is the point of our second order SQL injection.

So to manipulate the second query of this application in a meaningful way, we will have to inject a SQL query in the first name field of insert2.php and make sure the query is correctly formed and then use select.php to trigger the vulnerable query. We open the application insert2.php and inject the value ” aaaa’ union select version(),2,3,’a ” in the first name field as shown:- 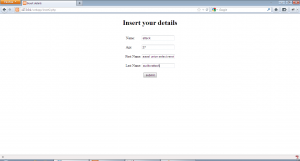 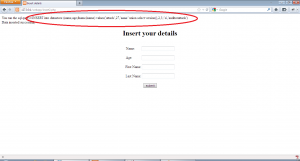 Now, we open select.php and insert the name “attack” and hit enter to get the following:- 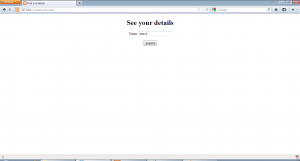 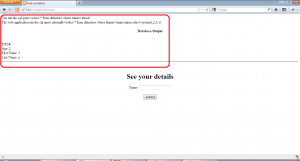 Allright!! we were able to exploit the vulnerability to run an arbitrary query on the database. Similarly, we can use advanced SQLi to gain unauthorized access to the database.

The way that the application was vulnerable to second order SQLi is very unlikely in real world and this was only used to demonstrate the exploitation of this vulnerability. Hope the explanation was clear and everyone liked it 🙂
Cheers!!

eSecForte is the Authorized Distributor/Reseller of Rapid7 Security Products in India, Bangladesh & Srilanka