BTW all this above theory is taken from wikipedia cause the theory provided by it was excellent.

In this case, there should be no PHP interpreter on the remote web server, otherwise the php code will be run on that server and the result will be included in the php script on the vulnerable web server.

Now, for the real stuff. We found an RFI vulnerable website which is shown as follows:

Note: The website’s details are rubbed for its protection

In the above figure we probed the vulnerable script parameter “page” with “viv” and got an error which says that the php script is unable to open up the file “viv.php” for inclusion.

From this we can conclude that the vulnerable piece of code in the script looks something like the following:

Now we inject this parameter with a remote script, we hosted on a free web hosting site as shown:

The code of our remote script is shown as follows:

And we hit “go” in the browser and get the following : 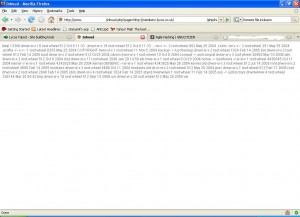 As is shown in the above figure, we were able to run operating system commands on the vulnerable server.

For the ultimate compromise, a webshell is used. The case when a web shell is used is shown as follows: 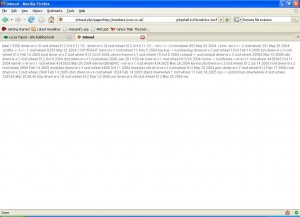 As can be seen from the above figure, the webshell was launched successfully. This webshell can be used to run operating system commands on the vulnerable server.

RFI is a dangerous vulnerability and is specific to the PHP language. It can be used to do a full compromise of a server and it should be carefully dealt with.